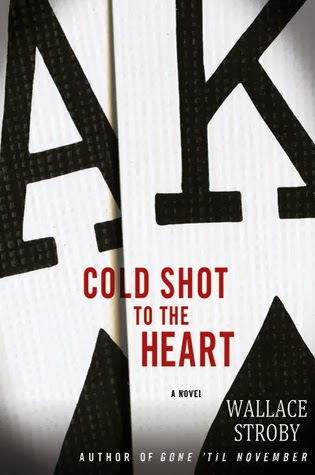 Cold Shot to the Heart
by Wallace Stroby

4 out of 5 bullets notched with Xs


Crissa Stone is the kind of woman who can steal your heart.  She’ll probably also get any other valuables you have because she’s a professional thief.

Her mentor/partner/lover Wayne is locked up in a Texas prison, and Crissa needs cash in a hurry to help grease the wheels for his parole.  A high stakes poker game in Florida seems like a good score so she joins up with a couple of other pros to hit it, but complications arise during the robbery.  Crissa returns to New York where she lives under a false identity, but a brutal killer named Eddie Santiago is on the trail of the stolen money.

Any story about  a professional thief is usually going to draw comparisons to Richard Stark’s Parker series since he’s the modern archetype that inspired countless imitators, but the pro thief characters are almost exclusively male so the idea of having a female lead was a new spin on the idea.  While Crissa is smart, cautious and capable, she’s not a sociopath like Parker, and its her emotions and attachments that make her stand-out from the usual no-nonsense-get-the-job-done kind of guy we’d usually have for the lead in this kind of book. In addition to her loyalty and concern for Wayne, she’s also quietly heartbroken about having had to leave her daughter to be raised by cousin.

On the other end of the scale we’ve got the villain Eddie who is the kind of ruthless bastard that it’s a pleasure to hate.   Newly released from prison, Eddie is anxious to work out old grudges against his old mob buddies as well as take every dollar he can lay his hands on.  Whether he’s browbeating a former partner who has gone straight to rejoin him or trying to recover money he thinks he was owed, Eddie is terrifying in his directness.  He wants what he wants, and he wants it right now.  If that means taking a razor to someone to get what needs, then he’s more than willing to do it.

I heard about this series when George Pelecanos was raving about the newest book on Twitter, and after this first one I can see why.  I was into this book from the opening sentence, and its tight plot and well drawn characters completely sucked me into it.  I can’t wait to read more about Crissa Stone and see what happens next.