The Getaway Car
By Donald Westlake
University of Chicago Press

“No matter where he was headed, Don always drove like he was behind the wheel of the getaway car." 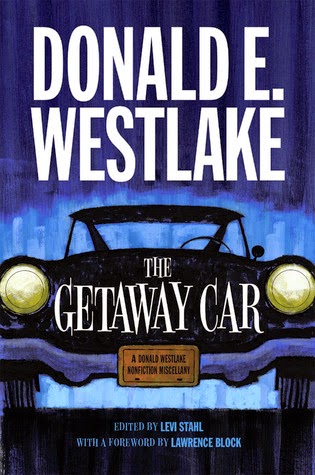 He’s probably best known for creating two thieves who couldn‘t be more different.  One was a hard-boiled ruthless anti-hero and all-around son-of-a-bitch named Parker that Westlake published under the pen name of Richard Stark.  The other was the luckless John Dortmunder, a sad sack that you couldn’t help but feel sorry for even as you laughed at his comic misadventures.  That’s the essence of Westlake to me, that he could have two characters who have exactly the same criminal job yet their personalities and stories couldn’t be more different, and I always want to read more stories about both of them.

This book collects a lot of non-fiction odds and ends from Westlake’s papers including letters, an excerpt from an unpublished autobiography, and introductions to various other works.  There’s a fun essay he wrote in which he imagines a meeting between himself and his various pen names, and his wife also has a humorous piece on how Westlake’s personality would change when he was writing under one of his aliases.  Westlake also had a lot to say on the mystery genre, and there’s one incredible act of bridge burning in a published essay on how he had quit writing sci-fi because the industry was essentially dead from an economic perspective for writers like him.

Taken as a whole, all of these provide a lot of interesting insight into Westlake’s views on writing as both an art and a business as well as how he viewed his own career.  And because this is Westlake, it’s got chuckle worthy comments on practically every page even though he remarks at several points that he never considered himself particularly funny and seems highly amused that he was best known under his own name as a comic mystery writer.  Lawrence Block makes it a point in his touching introduction to explain that he didn’t think Westlake told jokes, but that he was a witty man who tried very hard to make his writing amusing.

The thing that really stands out is that Westlake hustled.  He didn’t sit around waiting for a muse to inspire or him or rewriting a single line over and over.  He had bills to pay so he produced constantly. Authors like him who churned out words to make a living often have a pragmatic and workmanlike approach to their work.  That’s a recipe for people with less talent and more cynicism to become hacks.  For a writer like Westlake that discipline and craftsmanship makes him one of the greats.

Also posted at Goodreads.
Posted by Kemper at 8:27 AM No comments:

Virgil F. Flowers Vs. The Board of Education 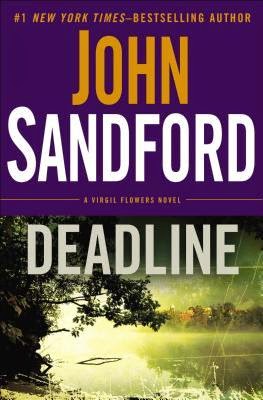 4 out of 5 school boards banned this book.

Anybody who ever served on a school board and had to listen to people complain about the curriculum or the budget or what the cafeteria served could probably relate to this book in which a small town board votes to start murdering people. That’s one way to keep parents from whining about their kid’s grade point average….
Minnesota state cop Virgil Flowers has come to a rural community at the request of his old fishing buddy Johnson Johnson to look into someone who has been stealing dogs to sell to research labs. As he tries to track down the missing pooches, a local newspaper reporter is murdered, and Virgil finds clues that it’s linked to a massive embezzlement scheme by the local school board. Virgil’s investigation riles the board and soon more bodies are dropping as they attempt to cover up their scam.
This is a prime example of what Sandford does well. He cooks up an interesting criminal scheme, lets us see what the bad guys are up too, introduces one of his main characters, and then the game begins. While the stakes are deadly serious, there’s also plenty of humor along the way with cop thugs Shrake and Jenkins making an appearance to back Virgil up and give him a lot of grief in the process.
As a longtime fan of the Lucas Davenport series, I continue to appreciate the way that Sandford contrasts Virgil as being the more laid back and the softer of the two who is more concerned with right and wrong. Yet Virgil also has a sly way of flouting the rules to get his way that infuriates many and is why he is generally referred to as ‘that fuckin’ Flowers’, and he’s more than capable of pulling some sneaky moves to get things rolling his way.
The school board scheme is a great hook to hang a story like this on, and Sandford does a nice job of laying out how a small town criminal conspiracy like that would work as well as the carnage that could happen once things start going sideways. The subplot with the missing dogs is also a good one with Virgil having to try and keep angry owners from going vigilante.
The more books Sandford puts out, the more impressed I am at his ability to deliver entertaining thrillers that keep the elements fans like while still providing enough fresh ideas to prevent them from becoming formulaic and stale.

Also posted at Goodreads.
Posted by Kemper at 8:38 AM No comments: