Way Down In The Hole 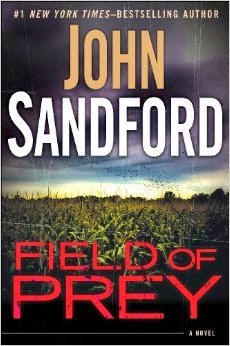 Field of Prey
by John Sandford

4 out of 5 bodies in a well liked this book.

The only thing better than a new John Sandford book is a FREE John Sandford book. Thanks Goodreads giveaways!
A serial killer has been using an old well in a remote field to dump the bodies of women he has abducted over the years and when it’s discovered the police find over 20 corpses that have turned into what one cop describes as ‘bean soup’. The media hysteria is instant and rabid over what they dub The Black Hole Murders so the political pressure being put on the police and politicians is enormous. As usual when Minnesota cops have a crime that will get people fired they put in a call to their head rat catcher, Lucas Davenport. With most of his usual crew off on various assignments of their own, Lucas works a lot with a smart but abrasive female deputy from the county where the bodies were found.
The Prey series has done its fair share of serial killer plots, but my favorites tend to be the ones where the villains had more interesting motives than just being psychotic. The recent books had gotten away from that concept so I was a little concerned at the start of this when it seemed like Sandford was just doing an old familiar plot but turning the dial up to 11 by throwing an overwhelming amount of bodies at the reader.
However, I should have had more faith because the story takes several unexpected turns and ends up being one of the ones where Lucas is at his most emotionally engaged. While I’ve always liked the way that Davenport has mostly been portrayed as a guy doing a job he loves rather than the stereotypical burned out cop, with his stable home life and realistic perspective about the limits of what he can do there can be an impression that he’s just gliding over the carnage without it really impacting him. Events here take a turn that has him fully engaged in a way we haven’t seen in a while other than threats to his family, and that’s what just kept this from feeling like another rematch of Lucas Vs. The Serial Killer.
As with most of the Davenport books, the killer is introduced early and the tension comes from watching the cat-and-mouse game between him and Lucas from both perspectives although Sandford holds back a few items to keep the reader guessing. Sandford also remains one of the best I’ve ever read at creating a sense of momentum at times that makes me want to pace as I read because I can barely stay in my chair.
It also seems like change is on the horizon for Lucas. There are several references that when the Minnesota governor leaves that Lucas will be out too, and a few other things that could be hints that Lucas’s time with the Bureau of Criminal Apprehension may be coming to an end. Sandford has talked about ending the series in the near future although his web site also states that he may keep doing Davenport but end the Prey naming format. He may be 70 years old, but with the quality remaining this high I’d like to see him keep going for another 10 or 20 years.

Also posted on Goodreads.
Posted by Kemper at 7:27 AM No comments: 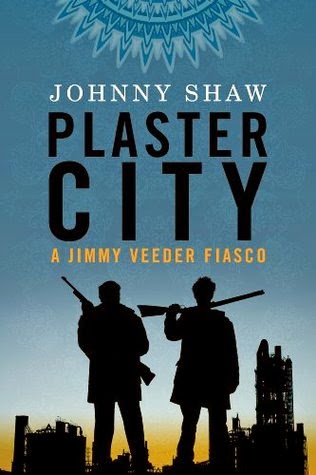 4 out of 5 model rockets were fired off in celebration of this book.

“Ceja Carneros hit me so hard he broke his watch on my head.”

And with that opening line the second Jimmy Veeder Fiasco begins.   In Dove Season Jimmy returned to his childhood home in the desert country of Imperial Valley in California after years of doing his best avoid to any and all responsibility.  Now he’s a farmer living with his girlfriend and raising a small boy, but Jimmy can’t entirely give up his old ways. Whenever his best friend Bobby Maves decides it time for drunken adventure, Jimmy is his first call to join him on Mavescapades that usually involve physical injuries as well as hangovers. Since Bobby recently broke up with his girlfriend, the late nights have been a lot more frequent lately.

Then Bobby gets word that his estranged sixteen year daughter has disappeared from her home in a neighboring city, and  Jimmy feels obligated to help his friend track the girl down.  Since Bobby fully believes that anything less than kicking in doors, knocking heads and demanding answers is a shameful compromise, they soon find themselves embroiled in a series of confrontations that are both extremely violent and sometimes pretty funny.

Johnny Shaw hit my radar in a big way a couple years back with Dove Season, Big Maria and the quarterly e-magazine Blood & Tacos*, and Plaster City continues to show what makes him such a fun read.  Fast, violent, funny and entertaining, Jimmy’s second adventure is as good as the first.  The emotional weight this time comes from Jimmy’s conflict between wanting to be a responsible person that his girlfriend and son can depend on, and his desire to be a loyal friend to the reckless Bobby.

A big part of the appeal is that Jimmy isn’t your typical crime novel protagonist.  He’s not a bad ass and is well aware that he’s in way over his head. Jimmy’s also a genuinely nice guy who doesn’t want to hurt anyone.  Yet he feels duty bound to stick by Bobby even as his macho redneck insistence on doing things with fists and guns repeatedly puts both of them in danger.  As they cross paths with a Mexican biker gang and another childhood friend who has become a dangerous criminal kingpin, the tension between Jimmy’s family life and his friend increases to the breaking point.

Anyone who likes a fast paced story populated by colorful characters in which the violence is doled out with both humor and an appreciation of the consequences should be reading Johnny Shaw.

*(Full disclosure.  I contributed an unpaid review to an issue of Blood & Tacos.)

Also posted on Goodreads.
Posted by Kemper at 5:27 PM 1 comment: