On the Road Again

4 out of 5 bottles of Faygo 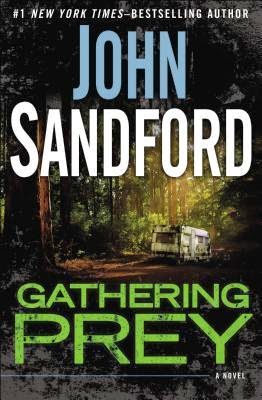 Lucas Davenport relentlessly tracks down a murderous gang of hippies?!?  It’s not even my birthday!

Davenport’s adopted daughter Letty befriends a young woman, Skye, who is part of a subculture called Travelers  who wander around the country living like hoboes.  After her  friend is murdered Skye contacts Letty for help and tells her that the people responsible are a pack of jackals led by a guy named Pilate.  Skye is convinced that Pilate’s gang roams around in an RV torturing and killing people.

Letty gets Lucas involved, and his initial skepticism fades as they find evidence that indicates that Pilate and his people have left a trail of bodies in their wake.  Davenport starts tracking them across the upper Midwest through small towns and the weirdness of Juggalo gatherings.  (You can do a Google image search if you want to an idea of what that looks like, but don‘t say I didn't warn you.) Things get messy as usually happens when Lucas starts trying to run down killers, and he also has to deal with a nagging middle manager who wants to know why he’s wasting the taxpayer money trying to stop murderers who aren’t killing anyone in their state?

OK, so I guess they’re not technically hippies although there is a certain Charles Manson family type vibe going on here.  I still like to think of them as murderous hippies although even Manson would probably hesitate to sign up with this crew considering how crazily blood thirsty they are.

While most Prey novels generally feature Lucas trying to figure out who the bad guy is for at least part of the book, this plays out a little differently in that Lucas almost immediately knows who he’s looking for and what they've done.  The challenge here is in trying to find a group of people living off the grid as they roam around.  Things soon escalate and since the majority of the book is a straight up manhunt that allows Sandford to play to his strength of building the sense of momentum and tension that make his books such page turners.

The one slightly off-key note in this is Letty.  Sandford has made her an increasing part of the story in some of the recent novels, and she does make for a great smart-ass foil for Lucas.  However, it seems like she’s being set up to star in her own series at some point soon, and sometimes the ways she’s inserted into the plot feel forced.  She makes for a fun sidekick generally, but it’s always more fun to read about Batman than Robin. So it was a bit of relief when she fades into the background when the story really gets rolling, and Lucas becomes the center of the book’s attention.

There’s also a sense of Lucas getting fed up with his position in a government agency.  While he’s always had a natural feel for helping out his bosses with the media, Lucas has never had much patience with office politics or bureaucratic rules, and he’s seriously frustrated at the current American institutional mentality of being more concerned with the budget than in actually doing the job.  Throw in him dealing with turning 50, and Lucas is one grumpy individual at the start of this one.  All of this gives the book the feeling that it’s about to boil over, and that Davenport will have to consider making some changes in his life.

But whenever Lucas is in a funk, he can always count on the adrenaline rush of hunting bad guys to cheer him up, and he’s certainly one cheerful bastard by the end of this one.

Also posted at Goodreads.
Posted by Kemper at 6:52 AM